You might be surprised how many people contact real estate offices because they want to buy a home but they don’t have the down payment or the credit to qualify. Occasionally, an agent will be working with someone who does have the down payment and credit but for whatever reason, decides to postpone the decision to purchase now for some point in the future.

It’s not uncommon that once they’re out of the market, the money starts burning a hole in their pocket and they end up buying a boat or a motorcycle or some other thing that cannot positively affect their lives and security the way a home does. 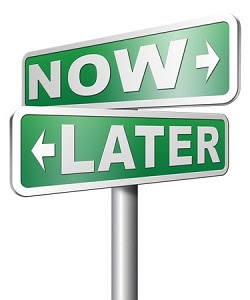 If the money had been put away somewhere safe like a certificate of deposit, it wouldn’t earn a lot but it would be there when they decided the time was right to buy a home. $8,750 would grow to $9,286 in three years in a 2% CD.

For the person who could tolerate a little more risk, they might consider investing in the stock market. If you found a mutual fund that would earn 7%, at the end of the same three year time frame, the $8,750 would have grown to $10,719.

Alternatively, if the would-be buyers used the same amount to purchase a $250,000 home that appreciated at only a modest one percent, the equity in the home at the end of the same three year period would be $29,597.

The dynamics of earning appreciation on the value of the home rather than just the down payment combined with the amortization of the mortgage makes the equity in the home almost three times greater than the mutual fund. If you used a 2% appreciation, the equity would be over $37,000 in the same period.

Obviously, there are legitimate reasons for postponing the purchase of a home. An important thing to remember is to safeguard the hard-earned down payment so it is ready when you are to buy in the future. 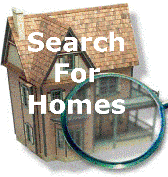